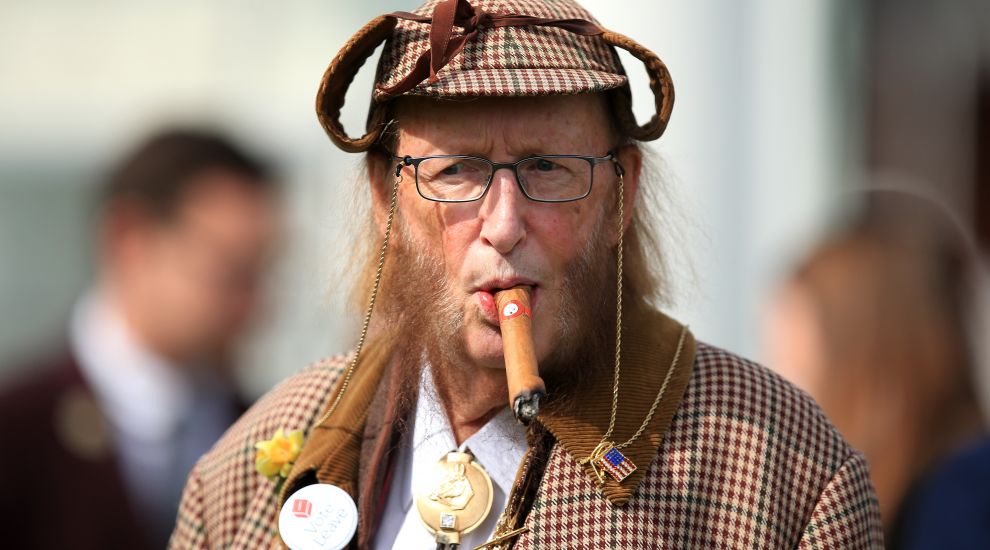 Posted at 19:07h in Uncategorized by Crystal Clear Betting 0 Comments

I’ve had many conversations with John McCririck over the years. Whether it was York, Doncaster, Haydock, or even Musselburgh when he eventually ventured north of the border past his beloved Toon Army, I would arrive at the race meetings early and see him getting ready for his big day.

He’d be practicing his lines like an actor getting ready to perform. When the cameras were on he was the charismatic showman, but away from the camera I found him to be pretty quiet – he always listened intently and only spoke when he had something valuable to add to the conversation. Having such passion for the races, we found each other to be effortless company.

He was approachable, polite and very knowledgeable. On the occasions when I was accompanied by a lady he was always courteous and complimentary.

I remember one day at York racecourse telling him I was going to have a big bet on Kevin Darley, who at the time, was one of the top jockeys. But he told me they had just done an interview on Channel 4 with Darley the night before and he said the horse could not win on the ground. That put me off of course so I kept my powder dry –but one thing Big Mac was not was a good punter and I shouldn’t have listened because the horse went on to romp home!

Big Mac wasted no time in seeking out Darley to tell him that he had “robbed” the punters!

I would not have been so polite in telling Darley what I thought and it was at that point that John and I had a very in-depth conversation about jockey’s information.

I told him about my stint in race horse ownership and the antics of both the trainer and jockey. John was actually there the on the big day when we bet the horse from 33/1 to 9/2, but we were appalled to find out afterward that our horse had a huge, bloody gash across its face from an accident getting into the horse box that morning! We were all too busy getting the money on and nobody told us what had happened. We think the horse ended up running the race with concussion, poor animal, it was a terrible sight.

From that day on I never listened to another jockey or trainer, even when they rode horses that I went on to own!

They get you all geared up with whispering that well know phrase: “three quiet runs and into a handicap” … The problem was the horse got that confused it didn’t know whether to run or hide when it came to the race track.

They all live in their own little closed shop circles, but Big Mac knew exactly what they were up to and to his credit, tried to keep us all informed.

His work on the ground for the punter will never be matched.

He was one dedicated man and he would stop at nothing to get his lines across professionally and, as many found out, don’t try and wave to him when he’s talking to the camera or you will get a good telling off!

Often ridiculed by his very own Channel 4 presenters, John was often referred to as a buffoon. But come rain or shine, he was always mixing it in the ring with punters and bookmakers alike, and he never chose the comfort of the heated studio.

Forever calling out bookmakers, it was as if he knew what was coming with all the present day restrictions and bans that every winning punter endures. He knew they needed to be pressured into explaining their actions and today’s presenters should take a note out of his book.

Not one of them asks ‘why?’ and the people in a position to do so are too scared to, knowing it could be their last question. Matt Chapman has progressed over the years but never crosses the line and in fact, he made such a big deal of one of Big Mac’s bloopers it almost certainly helped getting him fired and put out to pasture.

You could see the respect John retained for anyone who knew what they were talking about in the racing world and anyone who had helped his career, like Julian Wilson. He always spoke fondly of those who mattered and always had respect for his employer.

Some would say that Channel 4 didn’t actually know what they had.

He was the draw card every week in the ring – you just need to go onto YouTube and watch the crowds and the antics that he entertained week by week.

His dress was always flamboyant and colourful and the effort was always 110%. He lit up the racecourse all over the country with his big cigars and trademark hats, including his Newcastle United hat (he was a strong supporter and fan and always fought their corner).

When it came to the time for his colleagues to stand up and fight his corner however, they all ran for the exit doors. None of them had the inclination to help him in his hour of need. In fact the fore mentioned Matt Chapman couldn’t wait to jump into his shoes at that time, but he has now found how difficult it is to get a meaningful interview, because if you’re not in the accepted trainer and jockey circles, you will more often than not only get the yes/no responses.

Matt has got to push through these barriers to get racing to the place that Big Mac was headed in his younger days. Matt has the modern day social media following so let’s get racing to the punter and give them what they deserve.

One thing we can say about Big Mac: he never left anything un-said.

Although we didn’t always agree with his mannerisms, he was always well versed on his racing notes for the day and seldom got an ounce of racing information wrong.

This industry needs vibrant characters and he was exactly that, and in more ways than one. He called for racing to move with the times but no one listened – instead we get James Willoughby talking about the same thing he was talking about ten years ago! I swear if you watched a UK Racing show from 2011 you would think it was last Thursday’s.

John McCririck knew where racing should be heading; he was a great presenter with a real spirit who gave his all to racing.

So long Big Mac, you are already sorely missed.

We’ve done all the hard yards and the ups and downs along the way could not have been envisaged. With our life experience of betting behind us, we know our services are right for anyone who wants to turn their betting into a profitable experience.