Will ITV Racing help save racing in the UK? 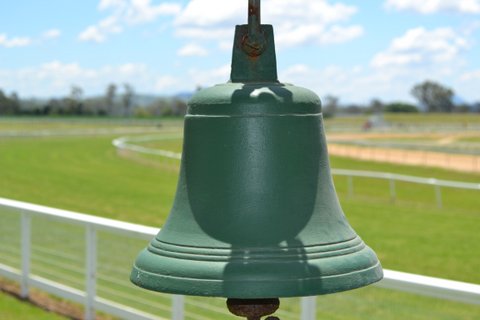 ITV Racing has taken up the reins to take modern day racing to the place it needs to go. In the past few weeks it has had the opportunity to delve into the royalty of jumps racing with Cheltenham and Aintree. Ed Chamberlin seems to be doing a great job and there is no doubt Francesca Cumani has benefitted from her presenting experience in Australia these past few years.

Francesca held that position with ease and was by far the most comfortable talking honestly about the horses. She provides a younger outlook to racing and it’s got to be refreshing for the sport that she’s not scared to call it as she sees it. Always so well-presented and able to talk without bumbling along is a must for racing going ahead (as opposed to talking just to hear your own voice). It’s got to be a great signing by the powers that be at ITV Racing (well done!).

It’s a shame Matt Chapman has toned down his presenting – he tried to take it to the racing audience but you saw how quickly racing closed ranks and actually a few have “sent him to Coventry”! Young people want to know what’s going on with all the ins and outs and scandals and reality and Matt was heading that way. Love him or hate him he gives racing character and a more modern day outlook compared to the ones that still dress and talk like they’re in the sixties. Young people don’t want to hear old fogies spouting on about ‘three runs ago it ran well and would have won if the wind wasn’t blowing’…

Racing has to embrace the internet and join the conversation. Prices play a massive part in racing along with probability and useful information makes racing more interesting.

I still can’t believe there are clock watchers out there, especially after all the distances were wrong for years!

I owned a few racehorses in the heart of horse country in Yorkshire back in the 80’s and I recall with one particular horse, my trainer convinced me: “a few quiet runs and into a handicap, this is an easy game”…10 races later they tell me: “sell it, it can’t win”. So I sell the horse and the next thing you know it wins its next 3 races back to back! My trainer was very well-respected with an even bigger jockey riding for them, so if you tell me a trainer is on – we’re laying!

Racing has a fantastic history, but the cloth-cap brigade need to be put out to pasture and the ITV Racing platform is a great place to highlight this. The ‘powers that be’ and the ‘sherry drinking stewards’ need to start listening and let racing catch up and start answering awkward questions and admitting to making glaring mistakes and shutting the real people out.

If ITV can in any way get racing to modernise, this will be a big step to involving the younger crowd and with betting technology at an all-time high with all sorts of bet types and data available, the young ones will get involved and the whizz kids could even teach the old punter a thing or two!

Let’s get ITV to start the racing revolution and modernise!

Let young people show how clever they are with bet types, strategies and methods – who wants to know what Pricewise is doing?! You would have done your brains following him, right over the cliff face! We want people that can tell us how to win, what to do and what to look for.

A great example of some of the new blood coming through with a different approach is Stephen Power (aka @racingblogger on Twitter). He’s having a crack and having a great time shaking things up and we should all get behind him.

So come on ITV Racing, get on board, get the new kids on the block with their strategies and methods and set up some sort of challenge to make it interesting. There will be a few colourful characters out there that would make monster viewing, especially if they got on a roll and actually proved that you can make money.

Forget the bookie sponsorship argument, they ban everyone that wins! Bring those punters on to explain what happened and why. Get fired up and have a section exploiting them as well point out the dos’s and don’ts of betting. Show the public why bookies ban people – you have a monster product so start using it!

Let’s hope for a bright summer of racing across all codes and hopefully the sport gets back on top and the crowds return to a great day out where everyone can be king for a day.

Enter your details to grab my FREE awesome freebie

To edit this opt-in text/box, refer to the Initial Set Up Instructions Page